California – January 29, 2005
Much to our surprise, as we approached the south end of Racetrack today the water on the playa seemed to have disappeared! Had the wind evaporated all that water? As we arrived at the south end of the playa I saw that the water I had seen and photographed the day before, water I estimated to have covered a little less than half of the playa was reduced in area now to a sixth or less of the lake bed. 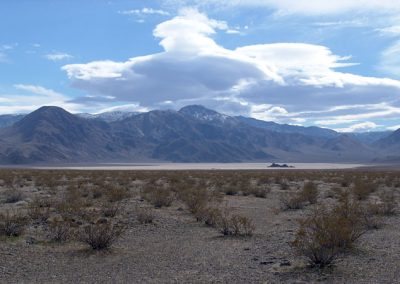 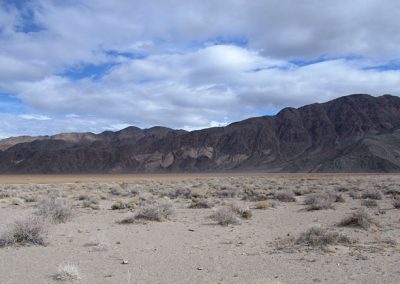 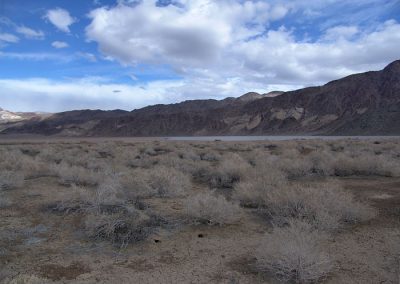 It was apparent that the whole body of water had shifted to the southeast. Where I had walked on dry cracked earth the day before I had to skirt tens of yards to the south to get round the newly flooded desert. It was obvious the north wind had blown the shallow water of the playa to the south end of the lake bed, flooding the southern shore by fifty yards and more. 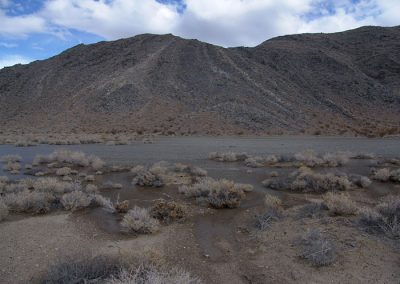 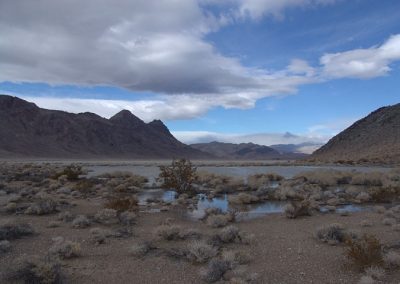 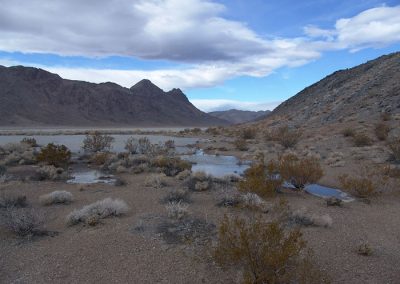 Unfortunately the cold northwest wind rippled and muddied the water so much that even with the polarizing lens the view of the tracks and the potential for photography of the amazing moving rocks was worse than the day before. 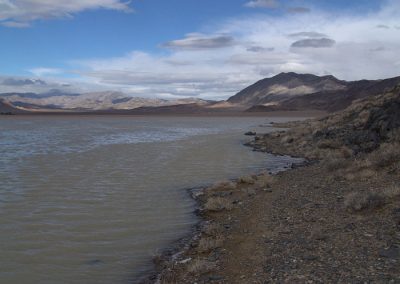 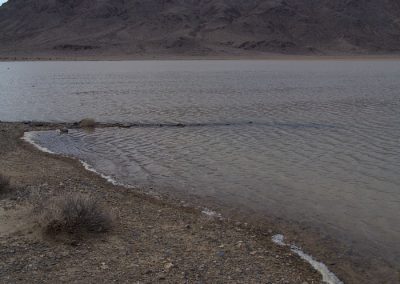 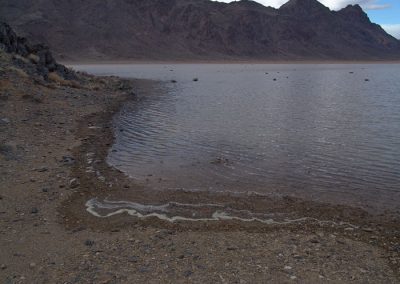 As I stood out in the desert pondering the muddy water and my misfortune, everything became clear. A solution to at least part of the puzzle of the sliding rocks was right there on the desert playa floor. Observations from yesterday and today crystallized into an explanation for how even those big heavy rocks, and small ones too, could move across the lake bed leaving long parallel equidistant furrows in the mud turning as if in formation.

THE WIND CAN MOVE THE WHOLE LAKE!

That is, the large shallow pool of water on the playa can be radically shifted from end to end and side to side according to which way and how hard the wind is blowing. This we saw with our own eyes.

It follows then that when ice forms in winter on water on the playa the wind can shift the body of water and the frozen surface as well. Huge ice rafts easily push the rocks frozen in the ice as the whole shallow lake shifts in position according to the direction of the wind. The varied tracks can be explained by contemplating the nature and the break up of the ice and how different floating rafts behave as they jostle each other as the water and ice are blown across the playa. It’s a matter of scale. Even the largest rocks can be small considering the mass of ice floating in the lake. 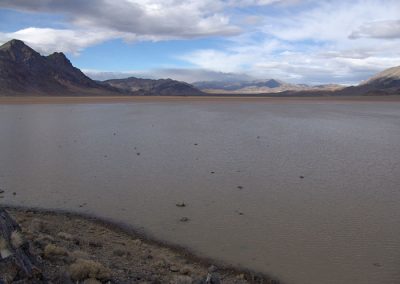 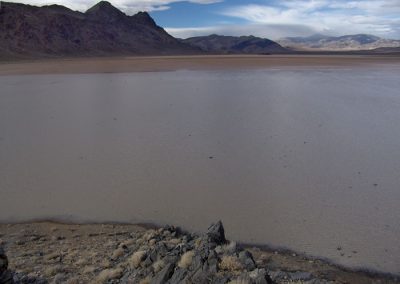 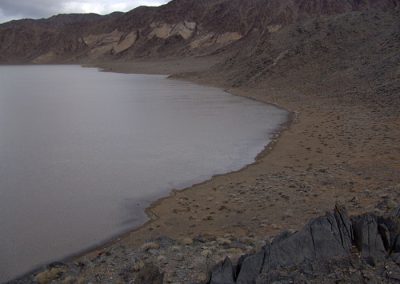 Twelve days later I went back to the Racetrack, a thin sheet of water on the playa was still in the quiet afternoon. I walked round to the southern shore and climbed half way up the dolomite buttress at the south end of the lake. I photographed dozens of rocks and the maze of tracks in the mud to add four more pages of excellent photographic evidence to shed light on the mystery of the sliding rocks. I didn’t see it it happen, but now I know when to be there to catch the action.