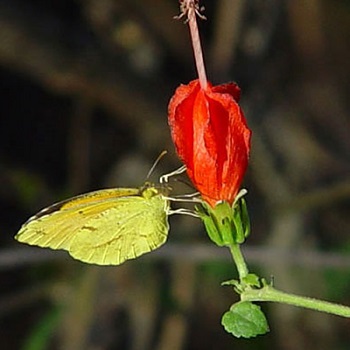 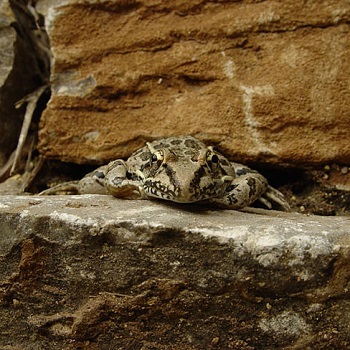 This Devil’s Cigar is a star shaped opened fruiting body of a fungus appearing along a trail to the river through the upland rim rock Live Oak-Ashe Juniper-Cedar Elm woods in a nature preserve/wildlife management area above the Blanco River near Fischer Store Road, Hays County, Texas. Found and photographed January 3, 2005.

Forrest Mims III reported on this organism at http://www.sas.org/E-Bulletin/2004-01-16/mimsci/body.html. Here is an excerpt:

“This strange fungus, known to botanists as Chorioactis geaster, resembles a dark brown cigar emerging from the ground. At the appropriate time, the ugly cylinder splits open to form a striking tan star from which the spores are released. The devil’s cigar was first reported in Austin in 1893. It was later discovered in Kyushu, Japan, but 38 years passed before it was again seen there. In Texas, the fungus has been found only in Travis, Dallas, Denton, Tarrant and Hunt Counties. Now its range can be extended south to Guadalupe County, for over the past decade my family has seen clusters of them under the cedar elms on our land along Geronimo Creek.”

And now we can extend the range of the Devil’s Cigar to western Hays County! 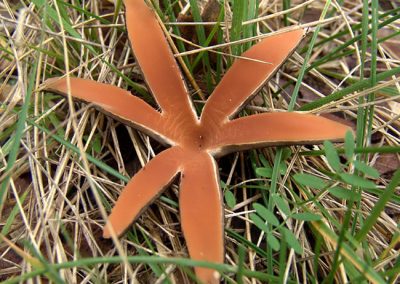 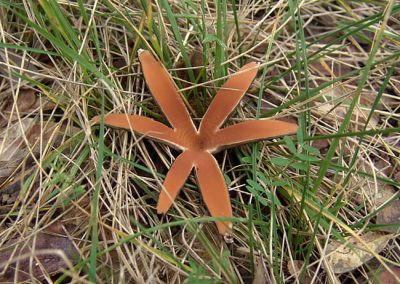 Forrest Mims III and others are pursuing legislation to have the Texas legislature recognize the Devil’s Cigar Fungus as the Official State Fungus of Texas. This proposed legislation was introduced in 1997.